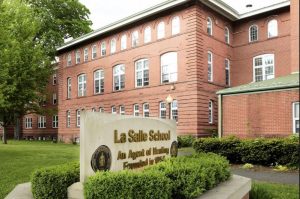 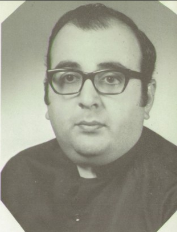 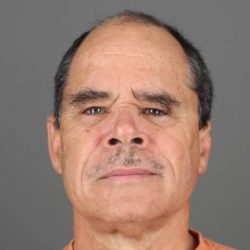 Note: Telephone interviews of Daniel Lewis or any of the attorneys can be arranged by contacting Craig Vernon at (208) 667-0683 or by email at cvernon@jvwlaw.net.

Daniel Lewis has filed a civil lawsuit against The Diocese of Albany, New York State Office of Children and Family Services (OCFS), the LaSalle School, the Christian Brothers, and perpetrators William H. Keyes and Fr. Joseph R. Romano, two of the three predators LaSalle School employed to supervise and care for Lewis and the other boys who were residents there back in the 1980’s. A third abuser, Charles Burrell, is deceased. According to its website, the LaSalle School was founded in 1854 by the De La Salle Christian Brothers to serve abandoned, orphaned, and/or otherwise troubled boys.

As a ward of the State of New York, Daniel was removed from his family by OCFS and placed at LaSalle School at age 14. Working in cooperation, OCFS and LaSalle implemented a pilot foster care program and placed Daniel in the home of Charles B. Burrell. Immediately, Burrell began to sexually abuse Daniel. The sexual abuse continued, almost daily, for approximately a year, at which time it is believed the program abruptly ended and Daniel was returned to LaSalle.

While in Burrell’s home, Burrell frequently invited William H. Keyes to sexually assault Daniel and other boys in his home. Keyes is believed to have been the supervisor of the Lasalle’s prefects at that time. Keyes was arrested in April of 1985, convicted of promoting sexual performance by a child less than 16 years of age, and was sentenced to 42 months to seven years in state prison. He currently resides in Albany, New York, and is a registered sex offender.

When Daniel returned to live at LaSalle, he met Fr. Joseph R. Romano, a priest employed by the Diocese of Albany and by the School as the coordinator of religious education. Fr. Romano roamed the School’s dormitory in the evenings, socializing with the boys. He interacted with William Keyes who also worked at LaSalle. Not long after Daniel met this priest, Fr. Romano began to sexually assault him. In addition to suffering horrific sexual assaults by Fr. Romano, Daniel was forced to watch Romano as he made another boy give him oral sex.

Fr. Romano was eventually removed from the ministry in 2003, following credible allegations of sexual abuse against children. It is believed that Fr. Romano, who has never faced any criminal penalties for his sexual victimization of children, is now living the quiet life in Florida, an affront to his victims. This makes a civil case that much more important to Daniel Lewis.

Daniel files his lawsuit under a new New York law (Child Victim’s Act), that gives adult survivors of child sexual abuse until August 20, 2020 to file a civil lawsuit for past abuse. Daniel discusses how this lawsuit is empowering: “For years, this was my shame. By filing this lawsuit, my shame ends. It is time to figure out why LaSalle, the State of New York, and the Diocese of Albany, put (and kept) these sexual predators in a position of power and control over me and other vulnerable boys.”

“These men were supposed to take care of me; instead, they harmed me in the worst way. They stole my innocence and destroyed my trust. Even though this happened long ago, as I reflect back on my life, I wonder how much of my self-destructive behavior is linked to what happened when I was living at LaSalle under the care of these pedophiles,” Daniel said.

According to Daniel’s attorneys—Craig Vernon and Leander James of James, Vernon & Weeks, and Patrick Noaker of Noaker Law Firm LLC, the lawsuit alleges several counts of negligence against the Defendants who failed to protect him from years of sexual abuse by Burrell, Keyes and Fr. Romano, predators that had unfettered access to him at LaSalle.

“This case is very upsetting,” said attorney Craig Vernon. “For the sexual assaults to have happened over such a long period of time, smacks of neglect. Instead of protecting boys like Daniel, the Defendants put sexual predators in positions of power and control, allowing them ongoing access to vulnerable boys.”

Leander James, one of Daniel’s attorneys, adds: “Daniel is shining a spotlight on past wrongs. For many, the first step in healing is taking this important, yet difficult step of coming forward and demanding answers.”

Daniel’s attorneys recognize Daniel’s courage by filing this lawsuit under his full name, as abuse survivors have the right to file lawsuits under a pseudonym to protect their privacy.

“Daniel’s decision to go public with his story is a courageous act that will help other abuse survivors,” explains attorney Patrick Noaker. “He’s helping to de-stigmatize the shame that many survivors carry with them.”

“Preliminary investigation has revealed that there are likely many other abuse survivors from LaSalle out there. This appears to be just the tip of the iceberg of sexual abuse survivors at LaSalle.” Vernon added.