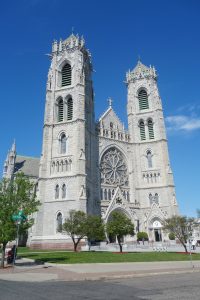 Over the past fifteen years or so, our society has become painfully aware of the extensive existence of child sexual abuse, both in the United States and throughout the world. In some circumstances, children are abused by a relative or close family friend; in others, they are abused by a mentor such as a priest, a church leader, a coach, a teacher, or a youth group leader. The immense emotional pain that any such abuse causes a child is long-lasting, and its overwhelming influence in that child’s life can lead to lifelong substance abuse, an inability to establish and maintain meaningful relationships, run-ins with the law, and even suicide. Often, a victim of child sexual abuse is emotionally unable to face and speak about the abuse (or even recognize that what occurred was abuse) until well into his or her adult years.

This terrible epidemic has been thrown to the forefront of our society through the recent attempts of thousands of now-grown victims of child sexual abuse to seek validation and monetary damages in court. In many cases, the perpetrator of the abuse has long since died, making it all but impossible for the victim to seek justice against him or her. However, suing the abuser himself isn’t the only recourse that some victims have. Depending on state laws and the circumstances in which the abuse occurred, many victims attempt to seek justice against churches, schools, youth organizations, and other social entities. We see in the news time and time again (and in movies such as Spotlight) how the Catholic Church, the Boy Scouts of America, the YMCA, and many other religious and social entities are pulled onto the national stage regarding sexual abuse that allegedly occurred within their organizations.

But why do people sue these churches and social entities?

The Catholic Church does an enormous amount of good in the world through its charities and the selfless acts of many of its members — and they’re not the only ones. The Lutherans, the Methodists, the Church of Jesus Christ of Latter-day Saints (aka the “Mormons”), the Salvation Army, and hundreds of other religious entities are well-known for the good works they do throughout the world in an effort to relieve the suffering of others. Likewise, after-school youth organizations such as the Boy Scouts, the Girl Scouts, the YMCA, and Big Brothers Big Sisters also provide a wonderful social service to many children. So how is it fair to drag these praiseworthy entities into the muddy filth of a child sexual abuse scandal?

There are valid stances on both sides of this issue. However, the following illustration may cast some light on why victims of abuse and their parents seek justice against not just sexual abusers, but also the entities with which the abusers were associated.

Imagine that you own a beautiful, expensive luxury vehicle. You have dreamed your whole life of owning such a vehicle, and it is very precious to you. It has all the “bells and whistles,” and you are darn proud to be seen behind its wheel. As with all vehicles, your car requires occasional maintenance. You recognize this need and the fact that you can’t provide all of the maintenance yourself, and so you decide to entrust the car to a reputable service garage that will take good care of it. You spend some time vetting different garages, and eventually find one with a good reputation called TipTop Garage. TipTop represents to you that they’ll take excellent care of your car, and you decide to entrust it to them. You routinely take it in to TipTop, and they appear to do a good job of maintaining the car for you.

However, after a couple of years of service with TipTop, your car starts to exhibit serious engine problems that are unrepairable. TipTop assures you that whatever the cause is, it has nothing to do with them. But you’re astounded that such a high-end and expensive vehicle would have this type of problem, especially since it still has low miles. You decide to take the car to another service garage to have the problem diagnosed. Come to find out, the damage to your car’s engine was caused by the introduction of tiny amounts of finely powdered glass to your engine oil over a long period of time. Since TipTop is the only entity to have serviced your car’s engine, you return to TipTop and demand answers.

TipTop reluctantly agrees to perform an internal investigation, during which it’s uncovered that the mechanic assigned to work on your car purposely introduced a little bit of glass powder each time he worked on it. Further investigation shows that while TipTop could have prevented the mechanic’s actions by adequately supervising him, they chose not to do so in order to save costs.

So, who is at fault for the damage to your car? Clearly the mechanic is liable for intentionally damaging it, but what about TipTop? After all, you entrusted your vehicle to them and they assured you they’d take good care of it, and because of their failure to do so the car was damaged. Shouldn’t they be held accountable for their actions (or inactions)?

This is the same position that victims of childhood sexual abuse take when they include churches and other entities as defendants in their civil lawsuits. One argument victims present is that their parents entrusted them to the care of the church/youth group, and the church/youth group failed to uphold its duty of care by negligently supervising the perpetrator of the abuse and allowing such abuse to happen on their watch. When parents entrust their children to the care of a school, a church, or a youth group, they expect that such entity will care for the children, protect them, and give them good experiences that supplement the in-home teaching the parents provide. When the entity fails to protect a child from a sexual predator, that trust is betrayed. And even if the perpetrator is prosecuted and incarcerated, a question remains: What about the entity that failed in its duty to take care of and protect the child? Shouldn’t it be held accountable as well?

Another factual scenario also arises in some child sex abuse cases that further inculpates the trusted entity. Let’s return to the luxury car scenario and add some new facts. Let’s say that this particular mechanic had a history of intentionally damaging people’s cars, and TipTop was well aware of this problem. However, instead of firing the mechanic and turning him in to the police, TipTop simply transferred him to a different TipTop franchise – thus avoiding the negative publicity that public knowledge of such an employee might create. So, over the course of many years, every time this mechanic was found to have intentionally damaged a car TipTop just sent him to a different garage. It was your poor luck that this mechanic had been transferred to the TipTop location where you serviced your car.

Believe it or not, this same type of situation has been proven to happen regularly within certain religious organizations with respect to child sexual abuse. Whenever a clergy member was found to be molesting children, his church would simply transfer him to a different parish or congregation in order to avoid the bad publicity, and would not inform the police about the abuse. Once the clergyman started abusing children at his new location and parents started complaining, the church would just transfer him again, and then reassure the parents that he had been “dealt with appropriately.” In the meantime, the clergyman continued to molest, abuse, rape, and destroy the lives of many more unsuspecting children.

So, while poorly-informed people may denounce victims of sexual abuse who sue churches and youth groups, there is a valid reason for victims to do so in order to hold those entities accountable for their part in the abuse. Remember, too, that filing a lawsuit and winning at trial are not the same thing; a sexual abuse plaintiff still has to present his case well enough to convince a judge or jury to award damages, and this can be difficult in situations where many years have passed since the abuse. However, state laws that allow victims to at least pursue such claims are a step in the right direction.

What effects do these lawsuits have on the organizations responsible?

In the meantime, many churches and entities who have been sued for failing to prevent child sexual abuse have taken affirmative steps to increase their protection of children entrusted to their care. The Boy Scouts of America, for example, has adopted the “two-deep” rule, which requires at least two adult leaders to be present in all situations involving minors. Certain churches have likewise adopted this rule. Some churches have also made it a policy for their leaders to mandatorily report sexual abuse allegations to law enforcement for investigation, instead of simply trying to “deal with” the situation and perpetrator internally. These are all great measures to protect children—and none of them would have come to pass without the efforts of past victims of sexual abuse to hold entities accountable for the part they played in the abuse.

And so, while sexual abuse allegations involving a church or other social entity can be shocking, understanding why an abuse victim might sue such an entity is crucial to extinguishing the child sexual abuse epidemic and keeping tomorrow’s children safer than those who came before. If you or somebody you know is a victim of sexual abuse, get in touch; we have years of experience dealing with such sensitive issues and helping survivors to find both justice, and their voice.